The burned hooks on the PSP were around TET time in '68. The Battalion was in the process of moving up from An Khe to I Corps and was at Da Nang. I had just taken over B Company and was up at Red Beach. We were mortared during the night (92 of them) and three hooks were burned up. What a rude welcoming." MAJ Ralph Jackson. See photo below. 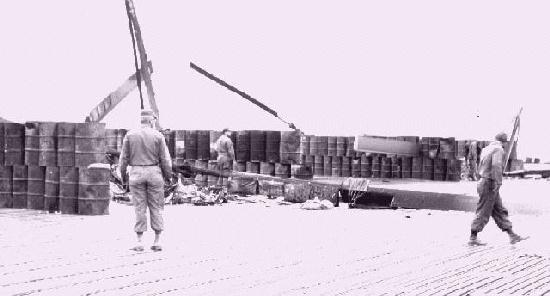 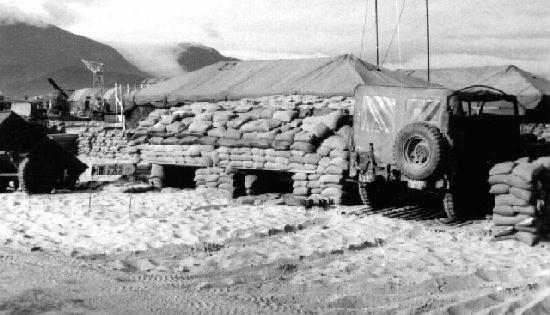 "This is B company's area in the sand at Red Beach. What a sandy Hell. We made sidewalks from 105 ammo crates to make walking easier." MAJ Ralph Jackson photo above. 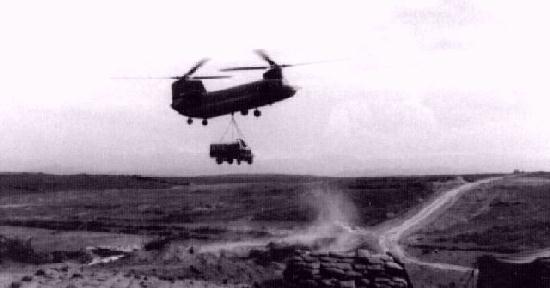 MAJ Ralph Jackson's photo and he said, "This is a B Company ship slinging a Russian truck back from the A Shau Valley during our first forray into there. We kept it at LZ Sharron (where B company was) using it as a company carry-all until Div made us give it up to them." CWO Ronald "Diz" Disney says, "MAJ Joe Newsome and myself were the pilots of that flight." Ralph said in a later e-mail that Ron had to acquire a distributor rotor cap from a truck back at Camp Evans to make this one operational. Diz also e-mailed a list of about 25 pilots he remembers from that time period in B/228. One pilot on the list is CWO Carl Hess, who lives in Ozark and is a contract IP for primary here at Mother Rucker. I see him occasionally in the simulator building and around Ozark. Small world! 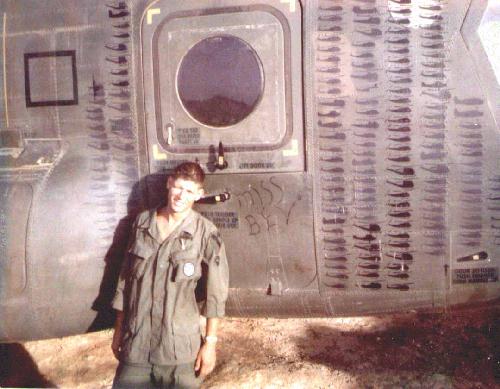 This is SP5 Hugh Buzzell with "Miss Bev" 66-0077. Hugh came to B Co from Guns-A-Go-Go. He says "Miss Bev" was a recovery ship prior to him getting it. He only made 2 or 3 of all those recoveries. Note he is wearing the Go-Go pocket patch. Photo / Hugh Buzzell. 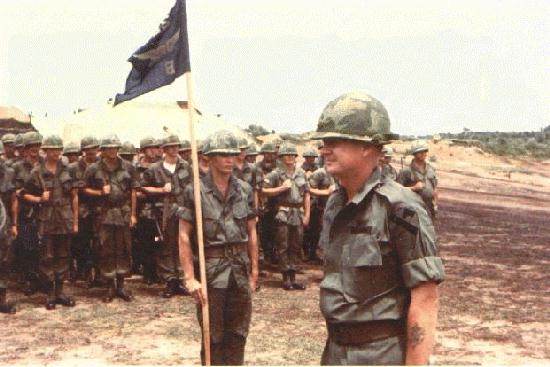 "The troop picture is B Company change of command in Sep'68. That is me in front. Don't recall who took over the company, but I went to Bn as the S-3, where I remained until I left for home in Jan'69." MAJ Ralph Jackson, photo above. Mini-Reunion Jun'99.